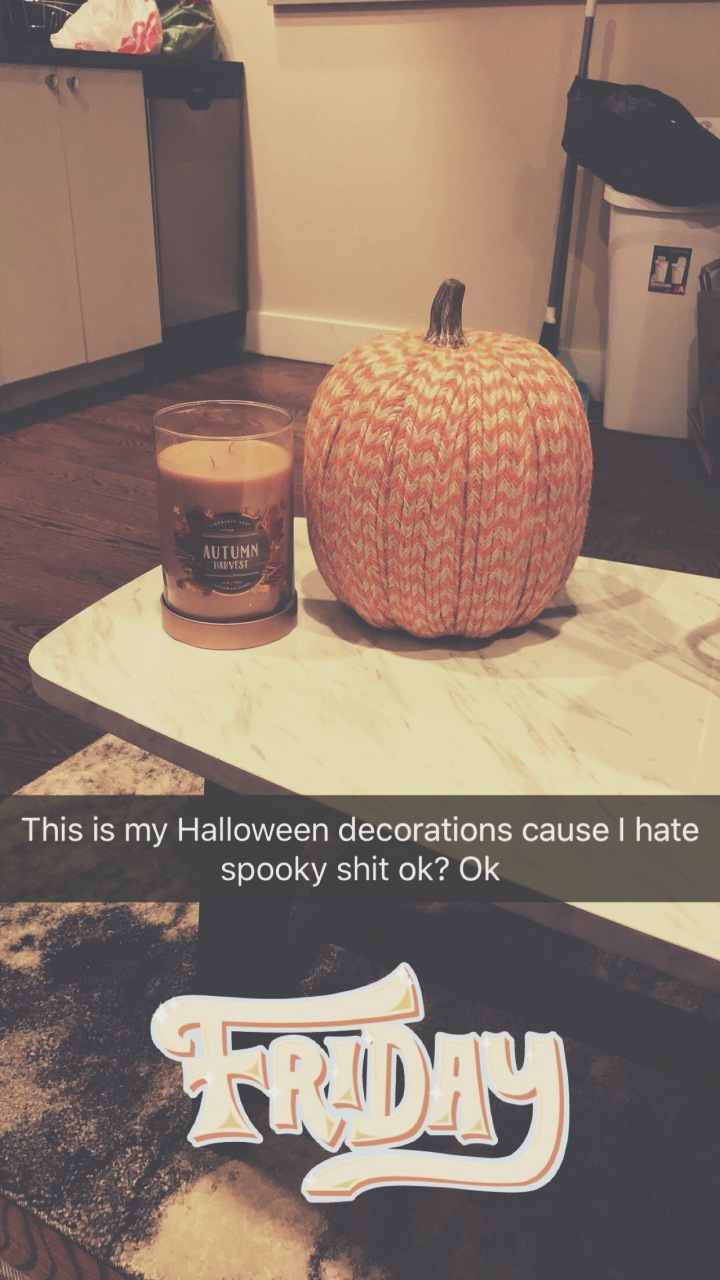 So I moved again. This is now the third place I’ve lived in in the span of one month lol. Anyway, I went to a new coffee place to blog (gotta keep up the Carrie Bradshaw vibes). I picked this place simply because it was super cute and right between me and the laundry mat cause unfortunately I still gotta go somewhere and do my laundry ugh.

Anyway more on my life later, here are the vibes. 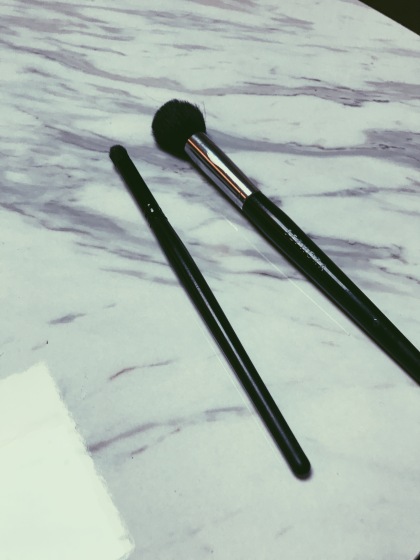 I wanted to touch a little bit on my contouring (how the hell do you spell that??) routine that I do. Now, I aint no pro, but I try my best and I got compliments on it so don’t listen to me if you don’t want to!!! But these are the things I use and the brushes. The smaller one I use for contouring my nose, which by that I mean I draw some lines down the sides of my nose and call it a day. I also use it for highlighter after my bronzer. The bigger brush I use for my bronzer. I just sorta squish it in a straight line to get more of a straight cut down the side of my cheekbones. Then, I just go around my cheek bones and little bit on my hair line and top of my forehead. Last is the highlighter which I put on the tip of my nose, top of my lip, cheek bones, top of my eyebrows and the bridge of my nose. Sometimes I just use gold or I use my pink and gold eyeshadow like blush (as seen in my look below). Here’s a before and after! 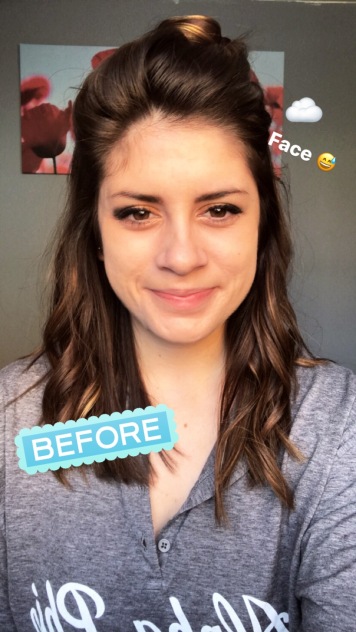 It got randomly super cold on Monday, so I had to break out my sweater gear (aka the two sweaters I have rn). I wore this to work and I got so many compliments on it?? Like out of the blue. It’s so cozy, cute and definitely has like an 80’s vibe to it? or maybe thats just me.

I saw something similar to this on a boutique’s instagram and almost bought them. But then I realized I could probably get them for cheaper on Amazon and so I did lol. Blush is the new fall color (in case you’ve been living under a rock and didn’t know) and these are perfect. I wear so much back and these are great just the break it up and look like I know that other colors exist in the world. 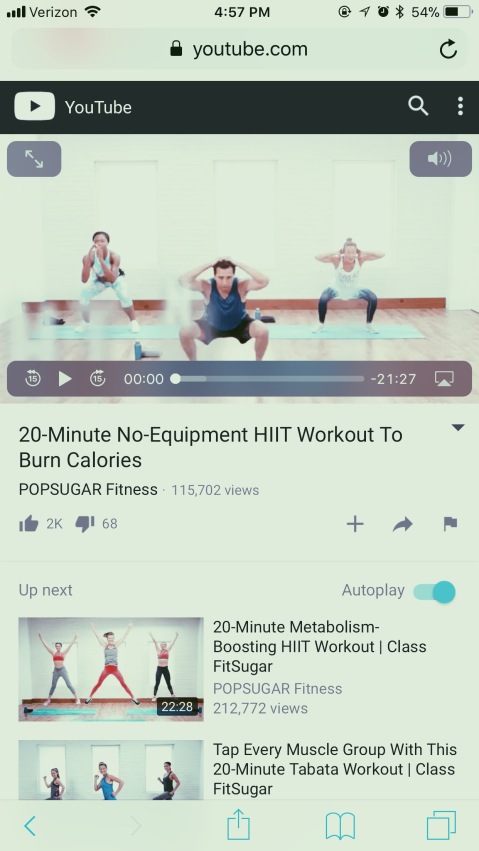 One of the hardest things about trying to stay in shape is getting up on the weekends and working out. My mind says “do it and you’ll feel better!” but my body says “sleep in and then eat cereal cause its Saturday and who cares.” Saturday I thankfully listened to my brain (although my body almost won) and worked out BEFORE my giant cappuccino. This workout was quick, but still kicked my butt which you guys know is my favorite thing. Not too much jumping and craziness either which is good because my place is small and I hate making a bunch of noise. One of the best things was when the girl was “like ugh I can’t go any faster” and I was like yes girl same #relatable. I burned about 150 calories according to my Apple watch in 20 minutes which is amazing.

Managed to watch and listen and read these past couple weeks so enjoy!!!

I started reading this because my cousin said it was her favorite book and tbh I need to read more classics but I finished it and was like ?????? thats it???? It’s probably one of these books you just really need to take a class on or something not just read and never look at again. I really only liked the Narrator and wish they would’ve gone a different direction with him, honestly. Everyone was whiny and mean because of Heathcliff making everyone sad and miserable. Not my thing. 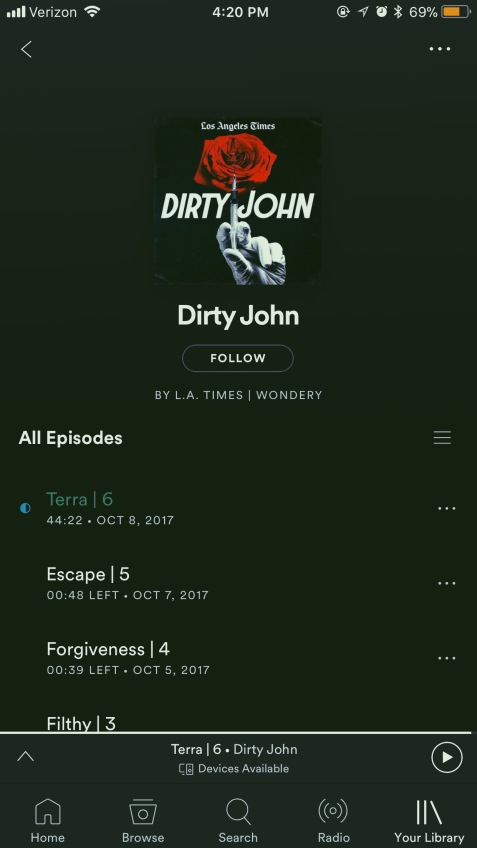 My coworker suggested this at work the other day and I LOVEEEEEDD it. It’s about this con man who’s super scary and manipulate women for money among other things and the end is just like woah. It’s only 6 episodes and I finished it in a day because it was amazing. It has real interviews from the people who experienced it which is so cool. Definitely recommend if you like crime or serial killers or just crazies fascinate you lol.

I was attempting to get into the Halloween vibes the other day and stubbled across this while going through my Netflix. Its based off of a Stephen King book of the same name and it was actually really good and freaky without scaring the shit out of me like his stupid IT movies. Its about this woman whose husband handcuffs her to the bed and then proceeds to literally die on top of her which is now a fear of mine lol. It was really good and something I feel like I usually wouldn’t watch or something thats super well-known. 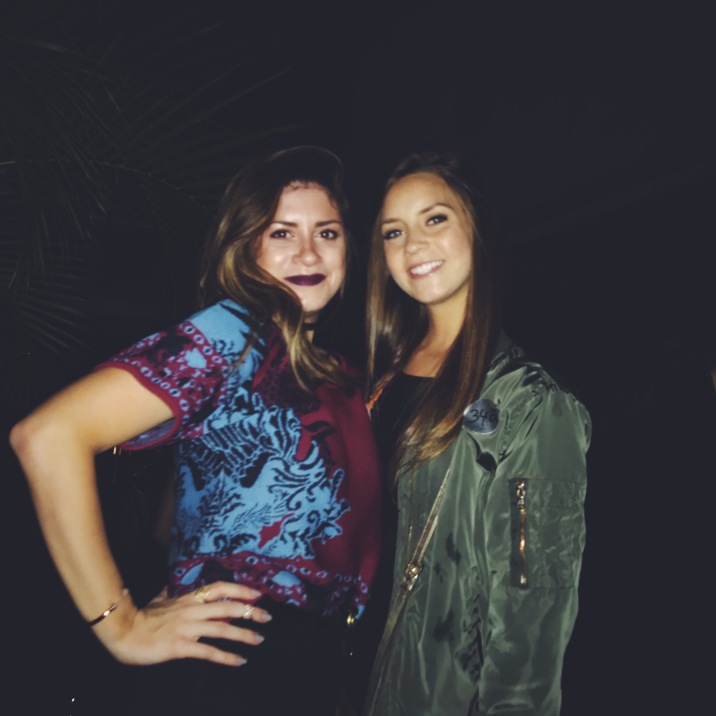 Processed with VSCO with f2 preset

Processed with VSCO with t1 preset 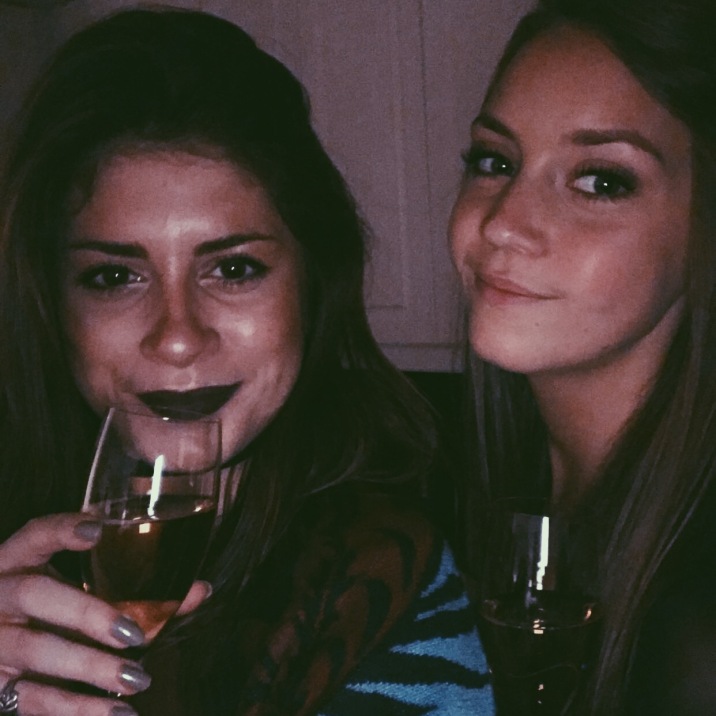 So last weekend I had to get anew phone because mine finally had enough of me dropping it. I got the iPhone 7 plus and I love it. The pictures are ah-mazing and its huge but in a good way. Saturday I got to look at what my life would be like if I made real people money here lol. My friend somehow got the keys to her bosses apartment since she’s out of town and her view and her bed and everything about this place was so cute. Then we went to this singles mixer which was funny cause it was mostly old weird dudes  of course. The only decent guy there was a British dude and I was VERRRY upset that some other girl had already claimed him. (he was only really cute in comparison to all the other weird-looking dudes). Don’t judge my arm idk why kept doing that in every picture sheesh.

Sunday I had to move out of my apartment and that was such a mess. I applied for a place that I guess rejected me? Still don’t even know. So I had to find a place literally on the fly. Ended up staying at an AirBnB that was so cute and quiet. I recommend for sure. Then from there I moved my stuff to my new place. It’s another temporary place, but its cheaper, nicer and I’m renting it for longer because I refuse to move my stuff again in the winter. Here’s a couple pics of my new place! 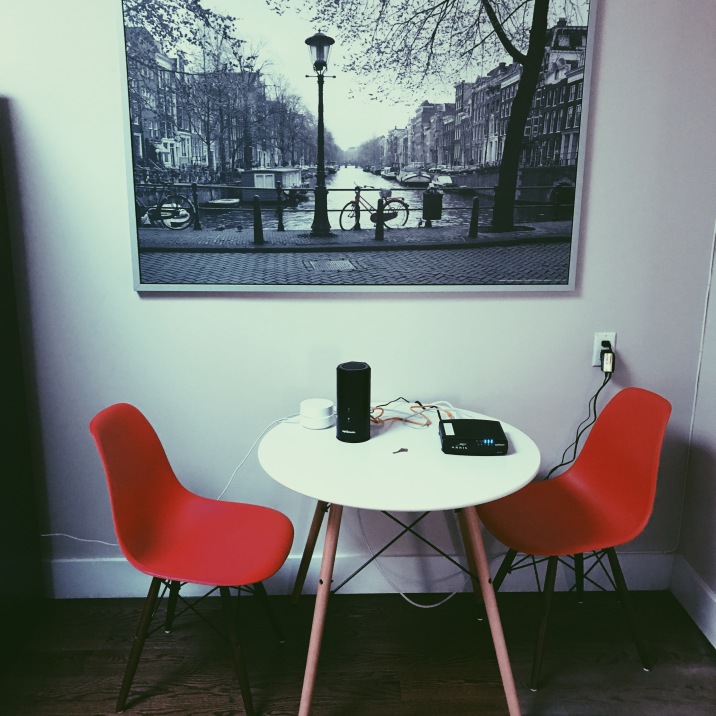 I’ll post some of my room once I get it cute and fixed cause all of my stuff is currently just on the floor(which only stresses me out a lot).

This weekend I tried some new places that were fantastic. 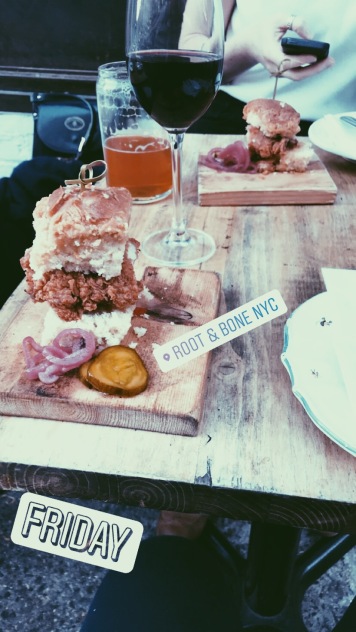 Friday, I had drinks at a place called Root and Bone. It’s in the East Village area and all through the month of October their happy hour proceeds benefit Puerto Rico with is cool. I got some really great wine and a chicken biscuit (not part of my vegetarian lifestyle lol). 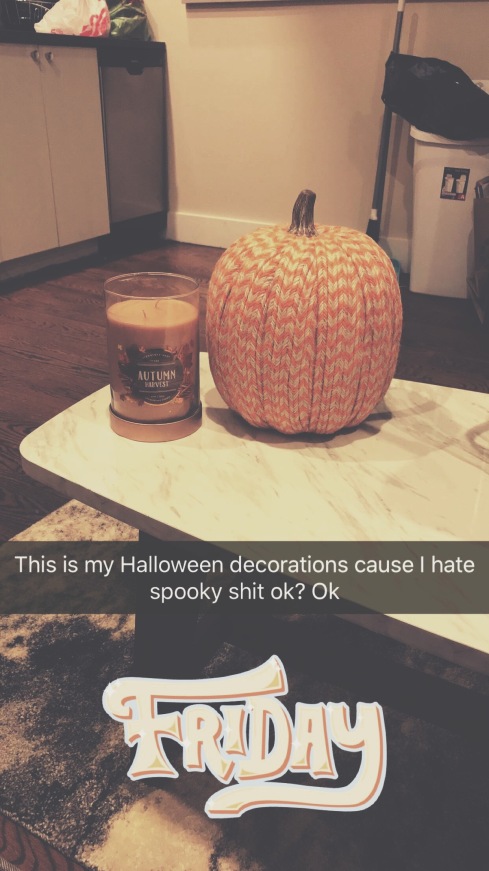 Also they opened a fricken Target on 34th street and so obviously I had to go immediately. Kind of a small Target but hey it’s still Target. I got some stuff to decorate for fall and this super good smelling candle and my cold, black, fall loving heart is swooning. 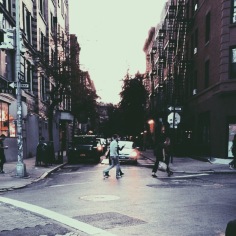 Saturday, I went to this place I’ve been wanting to try since I saw and Insider New York video about it and it looked amazing and good, We only managed to get a table cause some crazy people didn’t show up for their reservations (thank you so much random people). It was packed for a very good reason. The best Mac and Cheese I have ever had. Not even being dramatic. So amazing. One of those places I recommend hitting if you ever come to NYC. It’s right in the heart of Greenwich Village (which I have been pronouncing green-witch no joke how awful), and everywhere you walk is so cute I was in love and actually got lost just looking everywhere and missed my turn lol.

I also finally saw the High Line, which I’d been thinking is like a dinky bridge or something but its actually amazing. So many crazy looking buildings and some apartment goals. Another recommendation if you come here.

Next we went to Legends to watch LSU play and they kicked some butt. After a few hurricanes, we ended up going out to this place that kept playing like old 90’s and ’00 hits and I was jammin. We ended up staying out till 3:30 and I didn’t even notice the time until someone said something about it. Like I’m turing into a night owl somehow and its weird? I’m so used to being the first one to leave a bar, but NYC seems to have the opposite effect. So much fun.

I said this blog wasn’t gonna be a diary but look at me talking about my life like I’m important lol.

One thought on “Your (late) Weekly Vibessss”