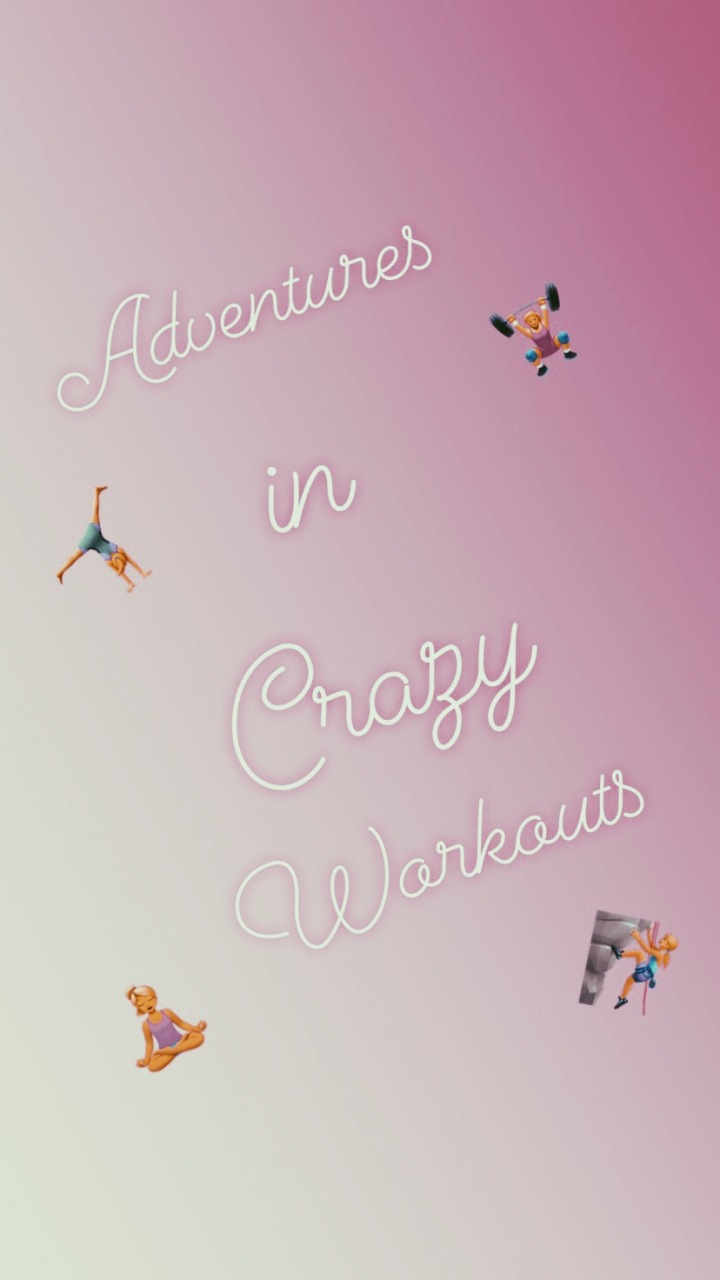 Following an abundance of bloggers from all over the country, means I’m influenced to try an abundance of different things. Duh, considering thats the definition of an influencer. I stumbled upon this from a couple Southern bloggers I follow, and was intrigued. As you guys know, if you click on anything, even accidentally, the next thing you know, ads for whatever it is start popping up on on your social media. I barely looked into it before it was all over my feed on Instagram and it kept saying “free class!” “free class!” *picture of fit sweaty girl in a sports bra*. So I decided to try it. Free is free right?

First, they set up the class over the phone, which is strange but cool, whatever. I hate talking on the phone and I am an unreasonably agreeable person so I was signed up for an 8:30 am class. On a Saturday. And I had to be there at 8.

Like the good little girl I am I was actually early as I left my place earlier than I ever have before in the 6 months I’ve lived there. I soon realized why I had to be there so early as she asked me to go through the class, my exercise history, and my goals. Kind of a lot to take in as far as the how-to of the class went. I did kind of enjoy talking about my exercise history cause I’ve been working out for a very long time and I’ve basically done it all. Weirdly proud of that for some reason? Actually not weird, I WORKED HARD okay.

The workout started at 8:30 and I knew we were going to do some running, but I made it up in my mind that it would only be for a little while. I have no idea where I got that because we were on the treadmills for 30 MINUTES. I kept waiting for him to be like “Okay now we’re gonna switch and go to the floor” but he just kept saying “okay now we’re gonna go to your push pace,” “okay now your all out pace.” I tried to keep the same “base pace” aka your warm up pace, the whole time but I started out full force thinking it would be quick and painless. The bright side was that there was a mirror in front of me while I was running (which sounds horrific but my flabby bits were covered by my treadmill) and all I could see was my upper body and that just happens to be the most toned part of me. I felt all powerful with my arms flexing while I ran. Definitely a pump up for me, highly recommend running in front of a mirror.

After 30 MINUTES of running my butt off, we switched to 200 meters of rowing followed by various floor exercises. The first thing I learned was that I’m doing the rowing machine totally wrong, and that’s how I got the crick in my neck the last time I used one. The second thing I learned and unfortunately, so did the trainer trying to help me, was that I am very uncoordinated and hard to teach NOT to do something a certain way when that’s how my brain decides it’s done. He literally had to tell me every time how to use the machine and which part of it I was using wrong and I was SO OVER IT.

Finally, after another 30 minutes on the floor and the rowing machine I couldn’t understand, we were finished. Here are my stats for you lovely people cause they conveniently emailed them to me. 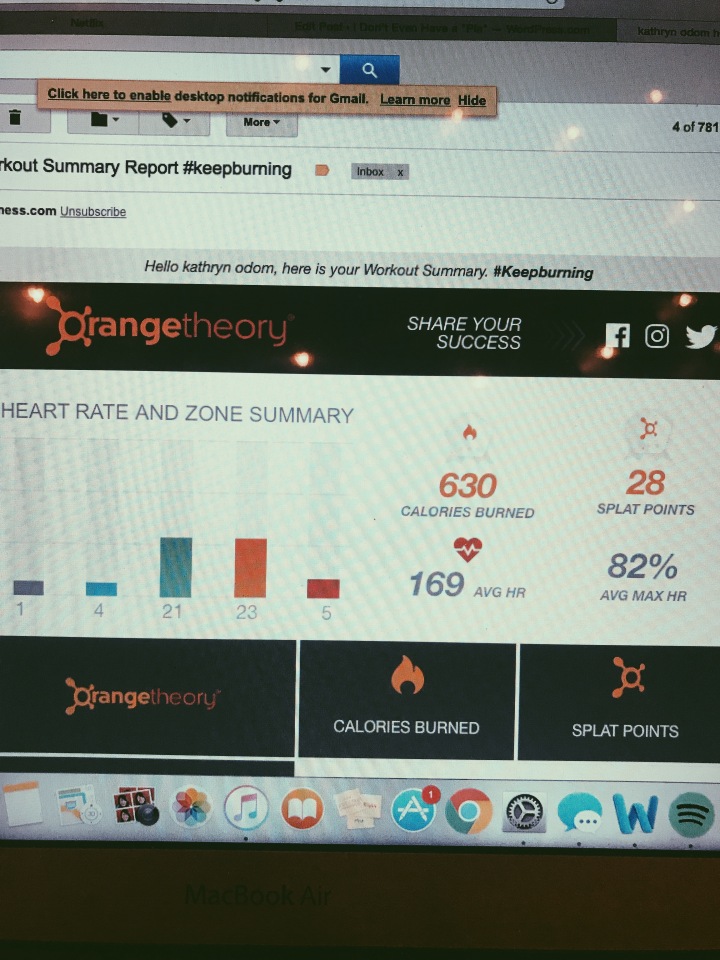 Pretty sure green means you’re crusin’ nothing crazy, orange is like great you’re burning, and red is like okay you’re gonna die. Yes those are the official meanings! All I know for sure is after they wen over my results they were like “woah you were kicking some butt!” and I was thinking, yeah cause I didn’t think I was gonna be running for 30 minutes straight but also didn’t wanna look like a wimp after I just gave you my whole workout history.

Overall, I really liked this workout. I had some crazy energy afterwards which usually happens after I run, and I felt great all day. Will I do it again? Nope it costs too much for my lil broke butt (sponsor me orange theory). Would I recommend? Yeah girl get you a free class cause its FREE!