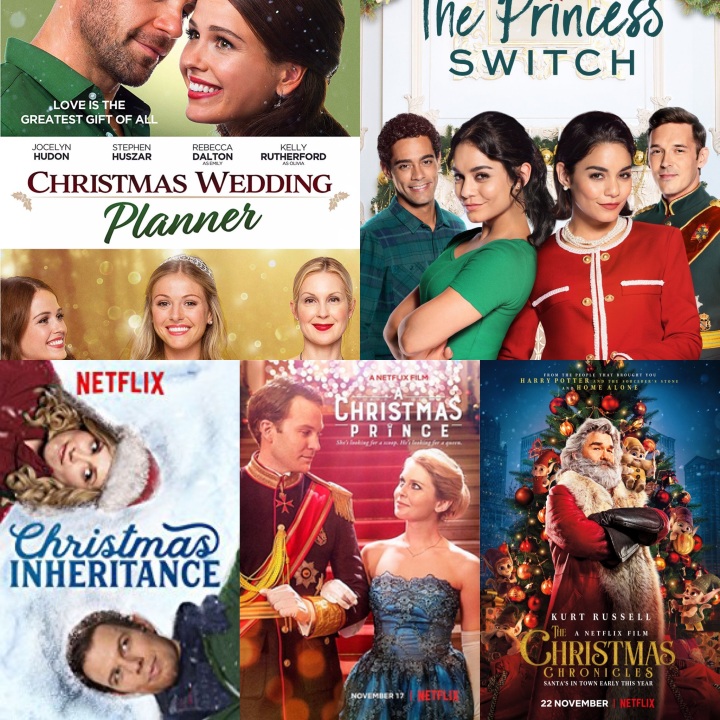 If you’re traveling home for the holidays, your mom probably still has a bunch of DVDs of old as hell Christmas movies you liked when you were like, 7. Netflix is the easiest way to watch movies, these days. No sifting through a million DVDs and starts in mere seconds. While packing and avoiding said packing, I binge a few of these Netflix original Christmas movies. Could they be more corny than Hallmark movies?? Let’s start with number 5:

Why it’s the worst:

Not even 15 minutes into this movie I said, out loud, “Can I even get through this?” We hear the main character’s inner monologue constantly and it is nauseating. She’s extremely huffy, scatter-brained and says things like “I am a fierce warrior!” to herself. This can’t even be described as corny, it’s just bad. I felt like I was watching a bad scripted reality show. Joey Fatone makes a random appearance and he’s probably the only decent thing in this movie. The ending is the most terrible thing ever. I feel like they got sick of filming it and said “Let’s just wrap this up and make it happy as quickly as possible.” Please save yourself life is too short to watch this movie. Watch the video below but there’s spoilers (but really who cares about spoilers for this movie).

Baker goes to a foreign country for a baking competition and meets a princess who looks exactly like her. They decide to switch lives because the princess wants to be normal for a few days. Trouble ensues.

This movie made absolutely no sense.  These two people look exactly alike, but no relation. Uh, yeah sure, Jan. They threw in the obvious necessary tropes such as: “too smart for her own good little kid”, “foreign person who has to have a fake British accent because no one can do any other accents”. Vanessa Hudgens was such a random choice for this movie, but after watching it, I could not tell you what else I’ve seen her in besides High School Musical. Like no shade, but how is she still famous? Also another movies where all 17 loose ends got tied up in the last 7 seconds of the movie. Not the worst thing i’ve ever seen, but still up there.

This one wasn’t too bad really. Here’s a small snippet of the script(not really but you get me)

“This is a small town lil lady!”

“I’m being an asshole guy because I like you!”

Also see: Undercover Boss and The Simple Life starring Paris Hilton and Nicole Riche. Super folksy, not too bad. Got through it very painlessly and almost kinda cute.

Girl tries to get a story on the Prince of Aldovia. She’s mistaken for his little sister’s new Nanny. Trouble ensues.

If you’re a new follower and haven’t been acquainted with my scathing review of this movie please enjoy. It’s a bit of a messy post since it’s one of the older ones, but worth it, I think. It’s definitely a love-to-hate-it type movie. Hallmark style corny featuring all the classics: mean-but-misunderstood-little girl, playboy-prince-with-an-actual-heart-of-gold, different-from-all-the-other-girls- girl complete with “takes off glasses and now she’s pretty” makeover. A must-see if you haven’t yet and yes I will be doing a review of the second movie because how could I not?

Two siblings stay up late on Christmas Eve to catch Santa on video while their mom is working late. Trouble ensues.

Why it’s the best:

This right here? My kind of Christmas movie! Think Santa Clause 1 and add troublesome Charlie from the Santa Clause 2 and subtract annoying whiney Charlie and add cool little girl. Just the right amount of corny and funny, I definitely cried( I cry at almost everything now but still). Kurt Russel was so good and snarky (Tim Allen Santa vibes) even Goldie Hawn makes an appearance! If you wanna spice up your Christmas movie watch list, please add this. I loved it, 10/10.